Utrecht City Hall is situated in the heart of the city, right on Oudegracht. The history of the city hall goes back a long way, but the oldest parts of the current building were built in the 19th century. 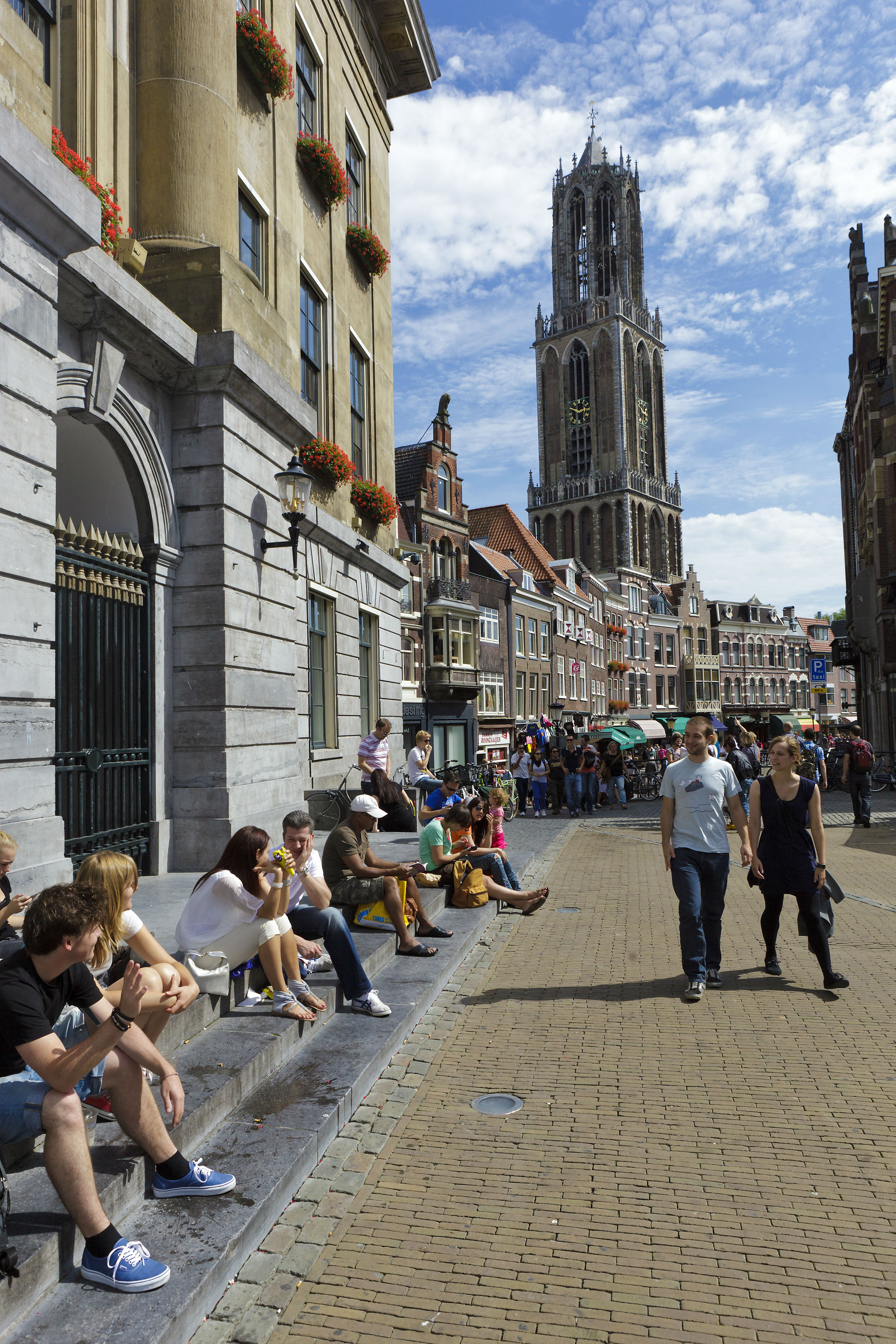 Utrecht City Hall is situated in the heart of the city, right on Oudegracht. The history of the city hall goes back a long way, but the oldest parts of the current building were built in the 19th century.

History
Utrecht City Hall has a long history. During an archaeological research project, wooden posts were found that probably date from the year 806. Back then, Utrecht looked very different: Oudegracht did not exist yet, and the Rhine river ran where the canal and Ganzenmarkt can be found today.

Aldermen and local administrators held meetings in the houses that once stood on the site of the city hall from as early as 1343. The foundations and basements of the ‘Lichtenberg’ house have survived to this day.

Current city hall building
In 1826, the houses had to make way for a new building: the current city hall. Later in the 19th century and in the early 20th century, the city hall was enlarged, with the addition of a number of properties on Oudegracht.

Between 1997 and 2000, the property was renovated for the last time. Under the direction of the Spanish architect Enric Miralles, certain parts were demolished and moved. The existing listed part of the building underwent renovation, and a new wing was built on a square that had previously housed an annex. The result is a unique building which brings together modern design and historical elements.

A walk through Utrecht City Hall is a walk through time. The building was not laid down in one go, but is the result of different renovations through the centuries. In 2001, this project was awarded the Rietveld Prize.

Guided tours
Aorta Centre of Architecture organises 1.5-hour tours of Utrecht City Hall. Primary school pupils in year 6, 7 or 8 can go on a free children’s tour with their class. More information about tours and visits can be found here.

Neude 11, Utrecht
Post Utrecht has undergone a remarkable transformation. The former post office, which was closed to the public for...

Minrebroederstraat 21, Utrecht
One of the most beautiful neo-gothic churches of the Netherlands. The hidden treasure of Utrecht.