The St. Peter’s Church is one of the oldest German-Romanesque churches in the city of Utrecht. 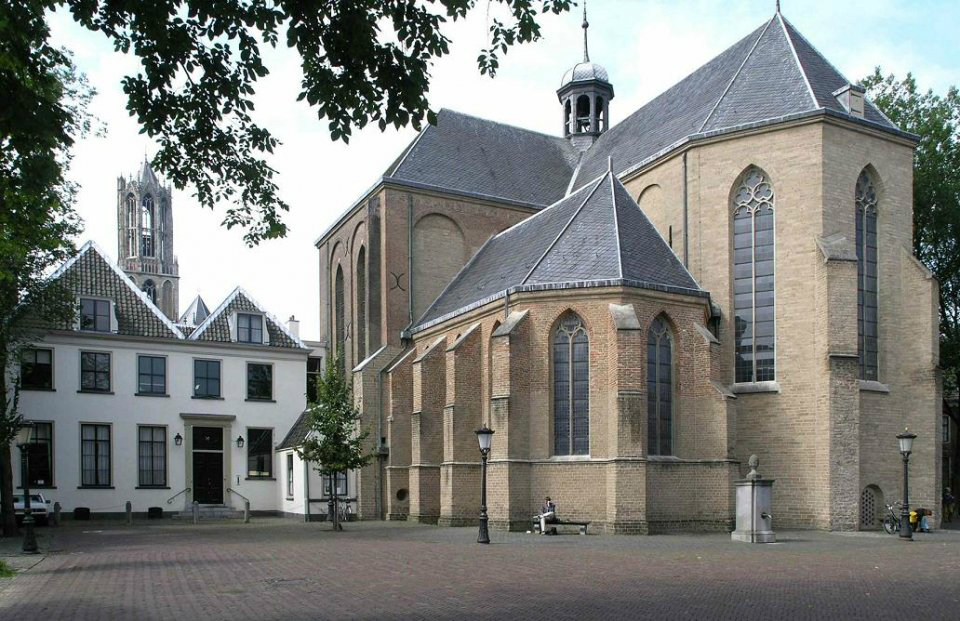 The Pieterskerk (St Peter’s Church) is one of the oldest German-Romanesque churches in the city of Utrecht. It is currently in use as a Walloon Church.

History
The Pieterskerk was originally a collegiate church, meaning that it was not intended for ordinary citizens, but for Roman-Catholic priests, known as canons.

After the Iconoclastic Fury in 1580, there were plans for the church to be demolished, but the families who owned the church crypts put a halt to this. The church ended up being used as army barracks for a long time. The chancel was separated from the church and was used as the university’s operating theatre.

Noteworthy features
The Pieterskerk was built between 1039 and 1048, making it one of the oldest churches in Utrecht.

It is also one of the best-preserved Romanesque churches in the city. A truly unique feature is the crypt or lower church, which contains the stone coffin of Bishop Bernold of Utrecht, the founder of the church. The northern side chapel still retains its Romanesque character. The southern, Gothic chapel contains part of its original tiled floor. On either side of the steps to the sanctuary, four stone reliefs can be observed, which were found belowground during the church’s restoration. In the room which forms an annex off the western end of the church, you will find a small exhibition on the history of the church.

Domplein 4, Utrecht
Discover 2000 years of history underneath the Domplein square.

Domplein 29, Utrecht
This neo-Renaissance university building dates from 1892 and is the representative and ceremonial heart of Utrecht University.

Domplein, Utrecht
Right in the heart of Utrecht’s medieval city centre, directly beneath the Dom, you will find Flora’s Hof...

Kromme Nieuwegracht 49, Utrecht
Paushuize is the second oldest historic building located in the city centre of Utrecht and made in commence...