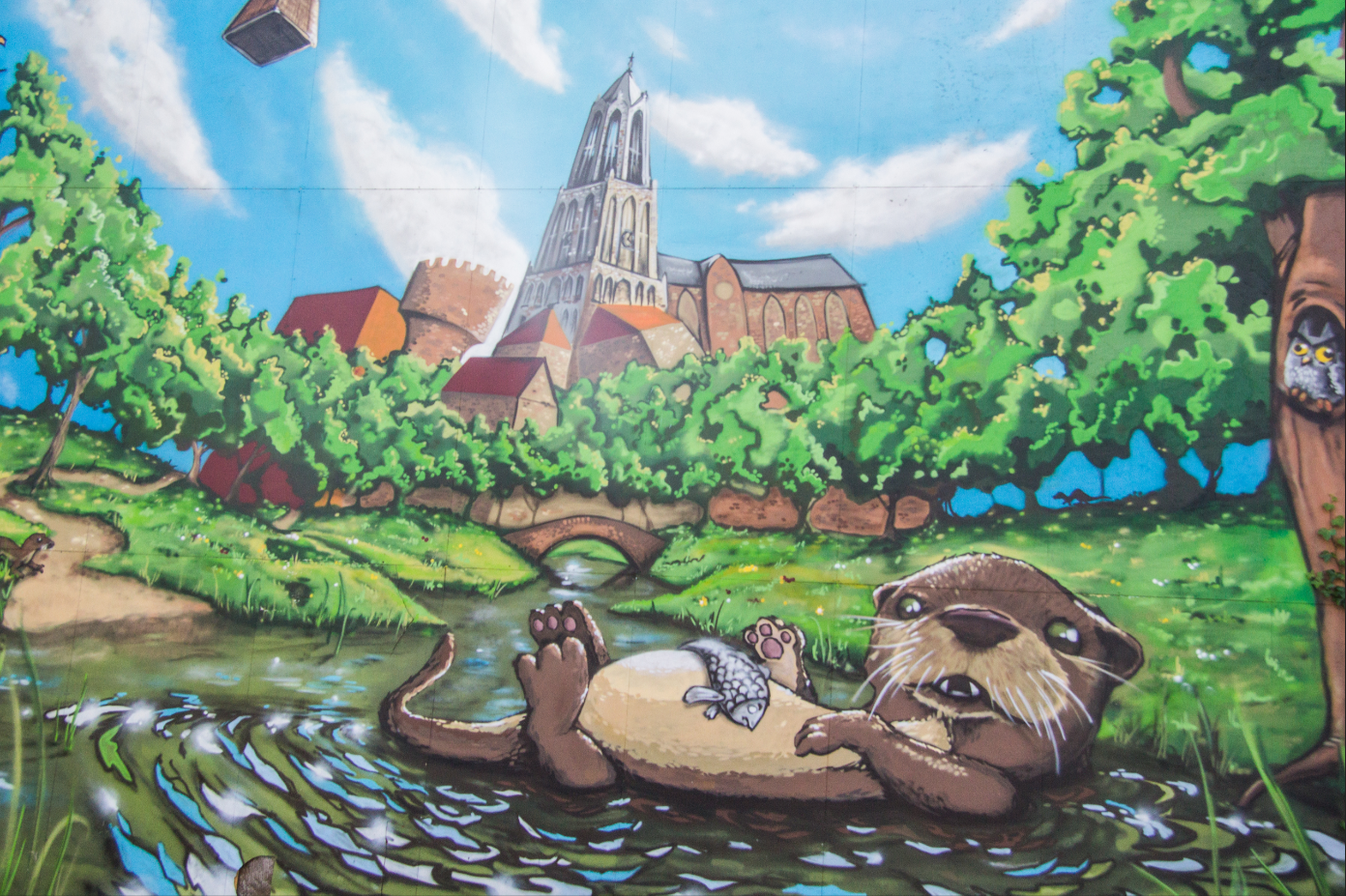 On the corner of Otterstraat and Oudenoord you'll find the mural with the name “Otter with Dom Tower”. Since 2013, a life-sized work of art featuring an otter has graced the facade of the building on the corner of Otterstraat in Utrecht. Not only the animal, but also the Dom Tower and a hot air balloon can be seen on the famous mural. The work was made in 2013 by the Utrecht artist Robert-Jan Brink, also known as the Verfdokter. He was inspired by earlier works of art on the wall and decided to combine everything in one large, colorful work. De Verfdokter has made several murals in Utrecht, including those of the famous green trains in the Tweede Daalsebuurt.

Jos Peeters wants to portray the history of the Daalsebuurt with this mural.

At the intersection of the Croeselaan with the Van Zijstweg, a gigantic mural of 190 square meters can...

At the initiative of the Utrecht artist Lisette Jansen, 15 students set to work on a mural at...

This mural on Kalymnosdreef in Overvecht is a work of art in honor of De Stijl’s centenary.

The ‘Strakke Hand’ painters collective made, among other things, this enormous Lute player by Dirck van Baburen (1622).

This mural is the final piece of the Dutch Masters series, an initiative of the Centraal Museum and...

This mural, made by Jan is de Man, can be found at the beginning of the Amsterdamsestraatweg.