Fort Hoofdijk is part of the Botanical gardens of the Utrecht University at the Uithof. 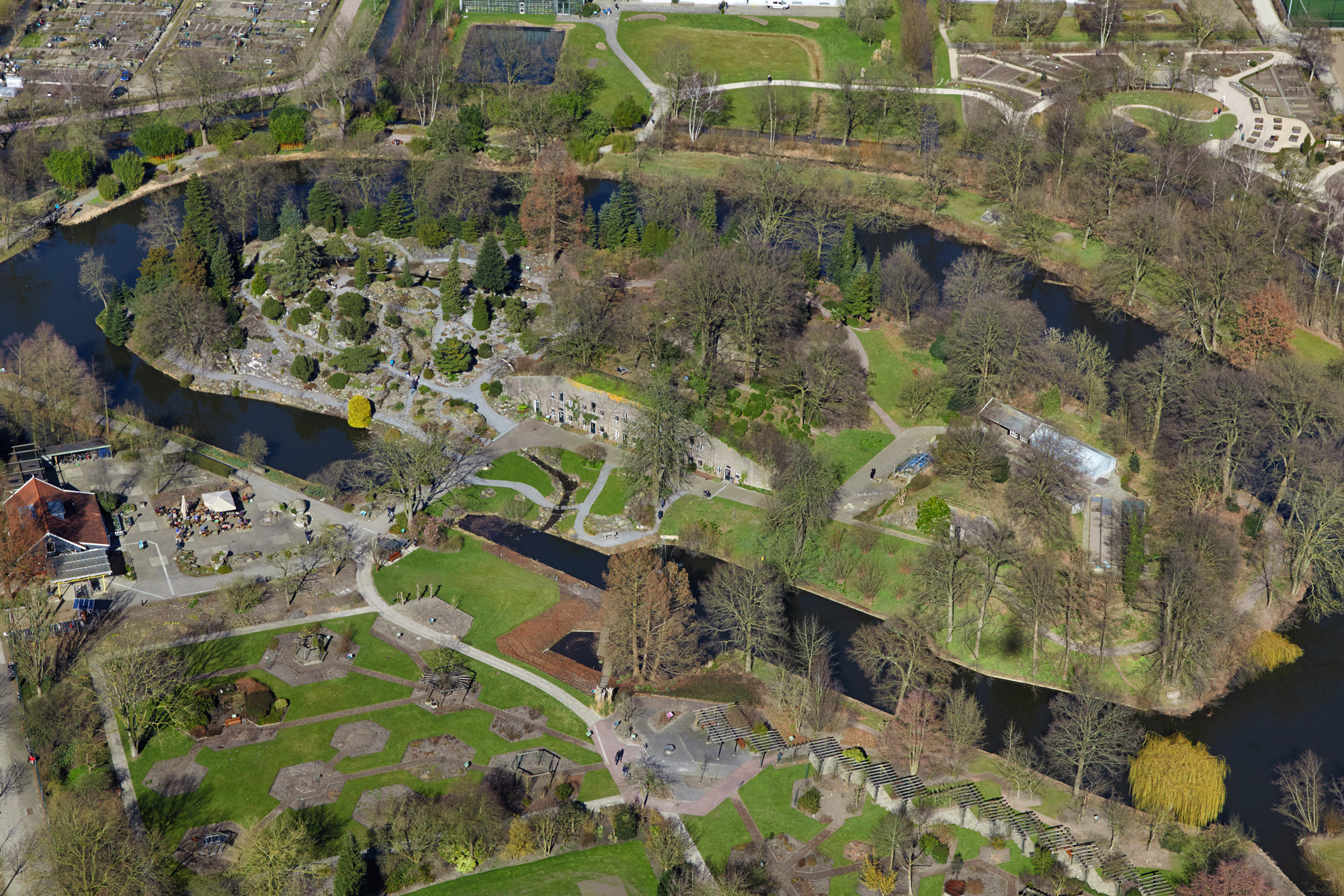 You will find Fort Hoofddijk about a twenty-minute bike ride away from Utrecht’s city centre. Once a strategic point on the New Dutch Waterline, nowadays it forms part of Utrecht University’s Botanic Gardens. Visitors can take a look around the tropical greenhouses and visit the Rock Garden, Theme Garden and Butterfly Greenhouse.

History
Fort Hoofddijk was built between 1877 and 1879, and served to close off access to the Hoofddijk. The complex consists of shellproof military barracks and three depots. As a result of the developments in artillery and explosives, the ring of forts that had been built around Utrecht starting in 1820 became obsolete, and in the 1870s a new ring of forts was constructed at a greater distance out from the city.

Botanic Gardens
In 1963, Fort Hoofddijk was purchased by Utrecht University, and the planting of the university gardens was begun. The Rock Garden was the first part of the gardens to be completed, followed by the Systematic Garden and the greenhouses in the 1980s. The final part, the Theme Garden, was opened in 1995.

Directions and price
The Botanic Gardens can easily be reached by public transport from the city (line 28 and 12; note that line 12 does not run during the weekend).

Admission for adults is €7.50; admission is free for children under the age of 13.

At the weekend, there is free parking in the car park across from the Gardens.

Rijksstraatweg 7 B, Nieuwersluis
This very green World Heritage site between Loenen and Breukelen is part of the New Dutch Water Line;...

Molenpark 3, Utrecht
The De Ster (the star) sawmill, in Utrecht’s Lombok district, is the last fully-intact mill of its kind.

Kasteellaan 1, Haarzuilens
A magical castle just outside the city of Utrecht, surrounded by beautiful gardens and landscaped parks.

1e polderweg 2, Utrecht
Fort aan de Klop is like a green oasis in the city of Utrecht. You are already there...